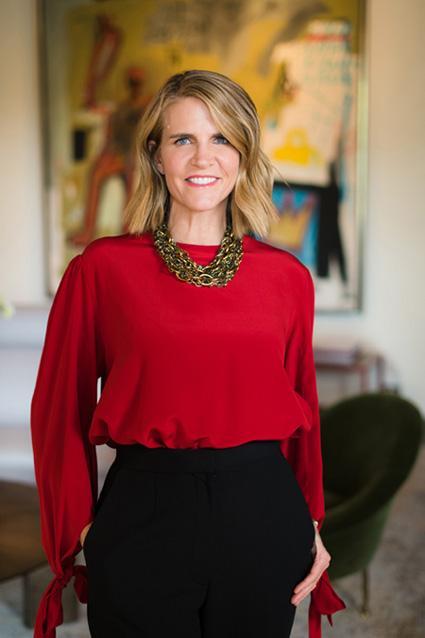 Colleen Bell was appointed executive director of the California Film Commission by Governor Gavin Newsom on May 23, 2019. She oversees the state’s efforts to facilitate motion picture, television and commercial production while working with all levels of state and local government to promote California as a production locale.

In addition to directing the Commission’s wide range of services, Ms. Bell also educates legislators, production industry decision makers and the public at large about the value of filming in California. Her goal is to create jobs, grow in-state production spending and generate tax revenues.

Ms. Bell brings decades of entertainment production, government and business experience to her role as film commissioner.
Most recently, she was appointed by President Obama and confirmed by the U.S. Senate to serve as U.S. Ambassador to Hungary (2014-2017). As Ambassador and Chief of Mission of U.S. Embassy Budapest, Ms. Bell led engagement on military cooperation, law enforcement and economic development between the U.S. and Hungary. She supervised a team of more than 300 while working on initiatives including treaty negotiations, cyber security, migration, biotechnology, cultural diplomacy, support for Ukraine, and women’s issues. She was the first woman awarded the Dr. Iván Völgyes award for business promotion from the American Chamber of Commerce in Hungary. She also received the Order of Merit Middle Cross, which is the second highest State Order of Hungary.

Prior to her diplomatic service, Ms. Bell was a producer at Bell-Phillip Television Productions – an award-winning production company responsible for some of the most-watched television programming in the world, reaching viewers in more than 100 countries across five continents. Her work frequently earned the field’s most prestigious recognition for creative content, social awareness, and public-health education. A three-time Emmy Award nominee, her artistic vision has been recognized for its positive impact on the lives of marginalized people in the United States and abroad.

Ms. Bell is also a devoted philanthropist and advocate committed to tackling complex domestic and international policy challenges – from natural-resource protection and child-abuse prevention to art accessibility. She is a graduate of Sweet Briar College with a Bachelor of Arts in Political Economy. She also attended St. Andrews University in Scotland, where she studied International Relations.

Ms. Bell lives in Los Angeles and is married to writer/producer Bradley Bell, with whom she has four children.